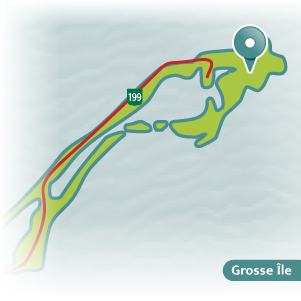 Located about 30 km (20 mi.) north of Grosse-Île, Bird Rock is a migratory bird sanctuary that can only be reached by boat, but it is impossible to land there. Even the tiniest cracks in the cliffs are occupied: black-legged kittiwakes, herring gulls, razorbills, common murres and thick-billed murres all share the same space. North America’s second largest northern gannet colony is also found here, with 7500 nesting couples.

Uninhabited for the last 50 years, Brion Island is 15 km (10 mi.) off Grosse-Île. Accompanied by a naturalist guide, you can explore this island, one of the only two ecological reserves in Québec that are open to the public. About 140 bird species make their home here. Some of the birds that nest in the cliffs are common eiders, Atlantic puffins, great cormorants and arctic terns. The forest is inhabited by Swainson’s thrushes, yellow-bellied flycatchers, ruby-crowned kinglets, winter wrens and blackpoll warblers. 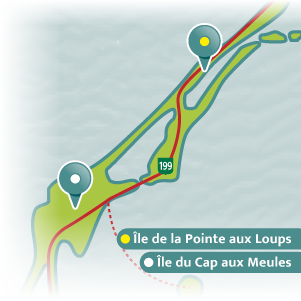 During the migration period, drive along Route 199 at low tide between Pointe-aux-Loups and Grosse-Île. Thousands of sandpipers, yellowlegs and plovers come to feed in this sector. On the water, you can observe double-crested cormorants, great black-backed gulls and herring gulls. Keep your eyes peeled and you may even spot a snowy owl or rough-legged hawk on the dunes or hydro poles!

In the village of L’Étang-du-Nord, Chemin du Rivage runs alongside L’Étang à Ben (Ben’s Pond), which attracts large numbers of birds. Many species can be observed here, including great blue herons, pied-billed grebes, belted kingfishers, bank swallows, short-eared owls and various waterfowl. This site is also a staging area for brants during the spring migration. 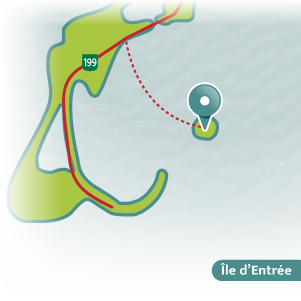 Entry Island is the only inhabited island in the archipelago that is not linked to the others by sand dunes. To get there, you have to take the MV Ivan-Quinn ferry or an excursion boat. To observe birds on the island, head to the Ivan Quinn trail, which leads to Big Hill—the archipelago’s highest peak—and the community pasture. Marine species you are likely to see include black-legged kittiwakes, great cormorants, double-crested cormorants, razorbills and black guillemots. 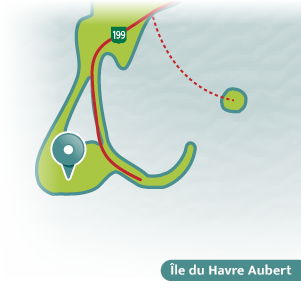 Between the islands of Cap aux Meules and Havre Aubert, the water level dropped significantly when Route 199 was built, which created small islets that are now used by waterfowl as nesting sites. Colonies of black-headed gulls and Bonaparte’s gulls also nest here, as do piping plovers, a threatened species. During the migration period, shorebirds take advantage of the lower water levels to seek food on the mudflats.