For centuries Europeans plied the St. Lawrence River and Gulf of St. Lawrence on a quest for resources such as fur and cod. While some found a peaceful haven, others suffered from isolation and faced seas as beautiful as they were cruel. The following are some key events of this maritime history.

Just when the Canadian fur trade was undergoing strong expansion, a Norman captain, Pierre Chauvin de Tonnetuit, established in 1600 the first fur trading post in Canada. He chose Tadoussac (from the Innu word Tatouskak) for its strategic location near a harbour and at the confluence of the St. Lawrence and Saguenay rivers. For half a century Tadoussac served as a fishing post and hub for the fur trade between Europeans and the Innu.

Yet the results of Chauvin's project were inconclusive. Poor soil quality and harsh winters hindered colonization. In fact, of the sixteen men who stopped over the first winter, only five survived. Chauvin's commercial enterprise ended in 1602.

Sites to visit: the Chauvin house, a replica of the fur trading post, and the chapel in Tadoussac.

Dominating the mouth of the St. Lawrence like a sentinel, Anticosti Island is a natural jewel with an area of 7 943 km2, making it the biggest island in Quebec.

In 1895, Henri Menier, a very wealthy French businessman and chocolatier, bought Anticosti Island for $125,000 in order to establish a vast fishing and hunting ground.

He developed English Bay, which he renamed Baie-Sainte-Claire in memory of his mother, and settled in Ellis Bay, which became the village of Port-Menier. He built a high class hunting lodge inspired by Norwegian and Norman architecture for his guests.

Menier introduced a herd of 220 white-tailed deer to the island which, having no natural predators, today number more than 115 000. He also imported other species, including beaver, moose, caribou, and hare. This and the quality of the island's rivers and lakes have made Anticosti a highly-prized hunting and fishing paradise.

Sites to visit: Parc national d’Anticosti, the Anticosti Eco-museum in Port-Menier, and, in Baie-Sainte-Claire, the ruins of some houses dating back to the first village established by Menier in 1895.

Access to World News Via the Marconi Station, 1904 (Pointe-à-la-Renommée, Gaspésie)

Pointe-à-la-Renommée overlooks the sea on the Gaspé Peninsula north coast and is considered to have one of the most beautiful marine vistas in Quebec. Almost cut off from the world, it was for a long time accessible only by sea.

After numerous shipwrecks along the Gaspesian coasts, Canadian authorities installed the first lighthouse there in 1880. This was in response to the urgent need for greater navigational safety in the Honguedo Strait that separates Anticosti Island from the Gaspesian coast.

In 1902, in order to improve marine communications, Prime Minister Wilfrid Laurier signed an agreement with Guglielmo Marconi, the inventor of wireless telegraphy, for the installation of the first wireless marine radio stations in Canada. Thus, the first coastal wireless radio station in North America was built near the lighthouse at Pointe-à-la-Renommée in 1904. This Marconi station and those that followed saved many lives during disasters at sea.

Sites to visit: Pointe-à-la-Renommée Historic Site and its impressive scenery, the second lighthouse (1907), the restored lighthouse keeper's house (1880) and Marconi station. The latter was declared a "National Historical Event" in 2011.

The Îles de la Madeleine, an archipelago sitting in the heart of the Gulf of St. Lawrence, has found itself cut off from the outside world more than once during its history, particularly in the winter months. 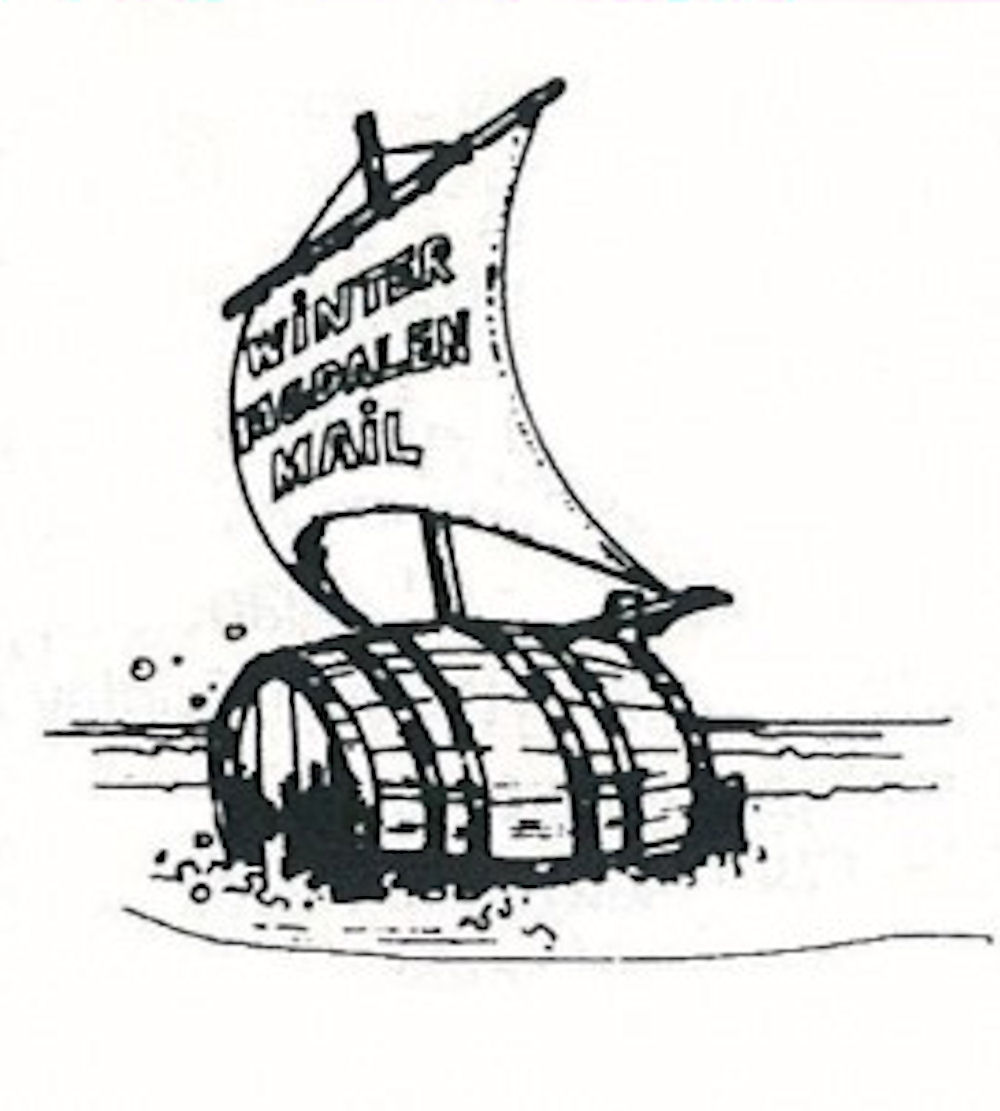 Such was the case in 1910 when a submarine telegraph cable broke, cutting off communication with the outside world. And so the islanders decided to put the mail and a plea for help in a barrel, a "ponchon", and send it to the authorities by setting it afloat on the sea. After adding a rudder and a sail with the inscription "Winter Magdalen Mail", the islanders launched the barrel on the ice-free sea on February 2nd at the Sandy Hook dune in Havre-Aubert, hoping for favourable currents and winds. This new-fangled boat reached Port Hastings, Nova Scotia, ten days later.

Amongst the letters found in the mail was one from a lady to her cousin: "I entrust these lines to the mercy of the waves […] I cannot hold back my tears as I hastily write these lines that must brave the perilous depths that separate us from the rest of humanity."

A result of the "ponchon" adventure was the installation of a Marconi wireless radio station on the Islands in 1912.

Site to visit: the Musée de la Mer (Museum of the Sea), where a replica of the "ponchon" is exhibited along with its story.

Catastrophic Shipwreck of the Empress of Ireland, 1914 (Pointe-au-Père, Bas-Saint-Laurent)

At the beginning of the 20th century, early spring was a busy time for marine transportation.

Since 1906, the Empress of Ireland, pride of the Canadian Pacific Steamship Company, sailed regularly between Quebec city and Liverpool (England). Renowned for her speed and comfort, the ship was making her 192nd Atlantic crossing when she set sail from Quebec city on May 28th, 2014, with 1 477 passengers. After stopping in Pointe-au-Père, the ship resumed her course during the night, at about 01:20. Thirty-five minutes later, in heavy fog, she was struck on the starboard side by the Norwegian coal freighter Storstad. The huge 4x14 metre hole caused by the impact let in water at the rate of 60 000 gallons per second. It took a mere fourteen minutes for the Empress of Ireland to sink, killing 1 012 people.

This was the biggest marine disaster in the country's history and the fourth in the world in peacetime.

Sites to visit: the Empress of Ireland Museum and Hangar 14 at the Pointe-au-Père Maritime Historic Site

The St. Lawrence River and Gulf of St. Lawrence feature prominently in history as the country's entry point rich in natural resources. The ingenuity of the people living on its islands and along its coasts has allowed them to conquer their isolation. They have developed a joie de vivre and sense of hospitality that can only be admired.

Tags maritime heritage
Categories Discover Our Regions What to Do