In coastal regions, sceneries vary according to seasons and weather conditions, but also according to tides. A tide is the ascending and descending movement of the sea level caused by the attraction of the Moon on the water.

This movement creates a vast accumulation of water pointing towards the moon, which produces a high tide in that area. The Moon goes around the Earth only once in a day, but there are two tides in a 24-hour period. Why is that? Well, when the tide is high on the side of the Earth facing the Moon, it’s also high on the opposite side.

Also, the tide range varies according to the position of the Moon, the Earth and the Sun. Tides are higher when the three bodies are positioned on the same axis, which happens on the new moon and full moon.

That’s food for thought when you’ll be strolling at sunset on tidelands, the area of the shore extending from the normal low-tide mark to the normal high-tide mark. 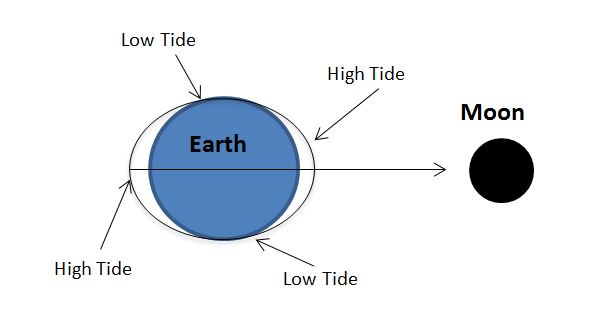