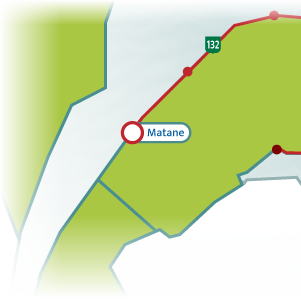 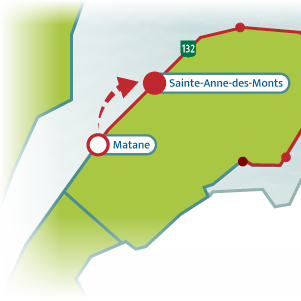 Located in the heart of the Gaspé Peninsula and accessible via Route 299, which links Sainte-Anne-des-Monts to New Richmond, Parc national de la Gaspésie is home to over 150 bird species. Because of the large climatic differences between the valleys and the high peaks found in this park, species that normally live far away from each other cohabit here. Thus, you can observe white-throated sparrows and horned larks, as well as harlequin ducks, Bicknell’s thrushes and golden eagles. Some trails also give you the opportunity to sight black-backed woodpeckers and three-toed woodpeckers. 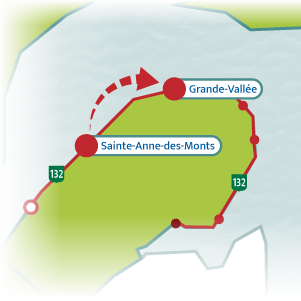 In this sector of Haute-Gaspésie, roadside rest areas are great bird-watching sites. American scoters, surf scoters, white-winged scoters, red-breasted mergansers and common goldeneyes are regularly sighted here, especially during migration. If you are lucky, you will also spot long-legged wading birds in the coves in this sector—they are rare in this region. Finally, you are sure to see black guillemots, particularly from May to July when they nest in Gros-Morne. 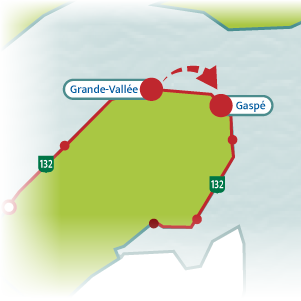 At the tip of the Gaspé Peninsula, the rocky cliffs of Forillon National Park provide nesting sites for many seabirds, including black-legged kittiwakes. Every year, thousands of these birds, which look like small gulls, flock to the cliffs of Cap Bon-Ami. By hiking the park trails, you may also spot numerous aquatic and forest species. 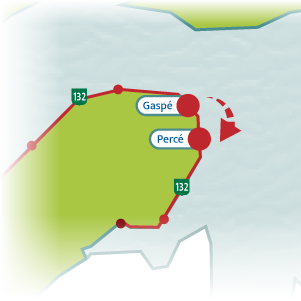 A vast area of 11 km2 (2700 acres) located between Gaspé and Percé, the Malbaie Barachois is home to over 200 bird species. In the spring, brants, Canada geese and various duck species can be sighted here, along with nesting American bitterns. In the summer, you can spot several species of shorebirds as well as great blue herons. The Malbaie Barachois is also a nesting site for yellow rails and Nelson’s sparrows, both of which are threatened species.

Bonaventure Island is accessible by boat from Percé. The park’s most famous residents are northern gannets, which can be observed from April to October. Any of the island’s trails will take you to the nesting site of this colony of 110,000 birds. Another interesting species, the Atlantic puffin, can be observed during a boat excursion around the island. Several couples raise their young in the cracks in the cliffs. In addition, common murres and razorbills can be seen flying around the island. Harlequin ducks are also present, as are great cormorants, which nest on Percé Rock. 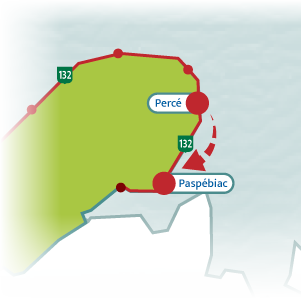 The Chandler sector is worth a visit. Grand Pabos Bay, which is protected by a dyke, offers the opportunity to observe a number of aquatic bird species, including small colonies of great blue herons as well as black-crowned night herons, dabbling ducks, soras and shorebirds in season. You can also see several forest species here and cross the bridge over the river to visit the historic site of Parc du Bourg de Pabos. West of the bay, the ZEC des Anses, a controlled harvesting zone with numerous lakes, is also rich in forest species.

Port-Daniel is located halfway between Chandler and Paspébiac. Large numbers of gulls gather along the bay’s shoreline near Route 132 almost year-round. A few rare bird species can be sighted here during the spring and fall, including black-headed gulls and little gulls. The best lookout is across from the train station. In addition, be sure to head to the lighthouse point to see harlequin ducks. The Réserve faunique de Port-Daniel is a good place to observe forest species, including flycatchers, warblers, vireos and buntings. 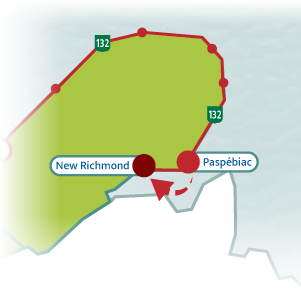 Near Route 132, the Paspébiac and Saint-Siméon marshes are considered the best sites in the region to observe shorebirds. The best time of year to do so is from mid-July to late September. Hudsonian godwits have occasionally been sighted here.

Many other species can be found in Gaspésie. Refer to the Guide des sites ornithologiques de la Gaspésie (available in French only) for information about approximately 40 bird species. 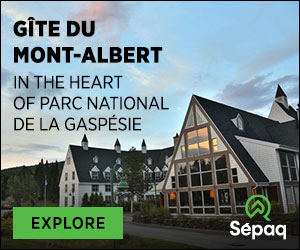