It goes without saying that one of the main attractions of the maritime regions of Québec is the amazing coastlines you can admire as you drive along the majestic St. Lawrence. However, there are also about 2700 islands in the St. Lawrence that contribute to the distinctive character of these regions. And while I can’t imagine visiting this part of the world without participating in a whale-watching cruise or Zodiac excursion, it’s equally unimaginable to pass up the opportunity to set foot on these islands, each of which has a unique charm and many of which are uninhabited. Here are a few we visited during our #RoadTripQM...

Île Verte was my unexpected favourite during this road trip—it has a wildness I hadn’t encountered since my visit to the Îles de la Madeleine. Although it’s within a few hours’ drive of Montréal or Québec City, Île Verte is beyond time, an island where the artist in me felt at home and where I could easily find inspiration and tranquility. The wild beauty of this island is protected by the tides... It’s the only island in Bas-Saint-Laurent with permanent residents: 28 people live there year-round while another 100 or so come for the summer. Because of the tides and the infrequent ferry, it’s impossible to live on the island and commute to work on the mainland or vice-versa. Several families have left Île Verte for this reason. Others persist, despite the lack of a school, gas station or convenience store. The main road runs along the southern side of the island for 13 kilometres (8 miles) from one end to the other. On the northern side, there are 9 kilometres (6 miles) of wild and uninhabited shoreline between the lighthouse and the western point where seals and whales are regularly sighted. And only about 2 kilometres (1 mile) separate the two shores. If you visit the island, be sure to spend a night in the lightkeeper’s house surrounded by wild roses and irises! You can also admire magnificent sunsets from rocks illuminated by the rays of the setting sun. 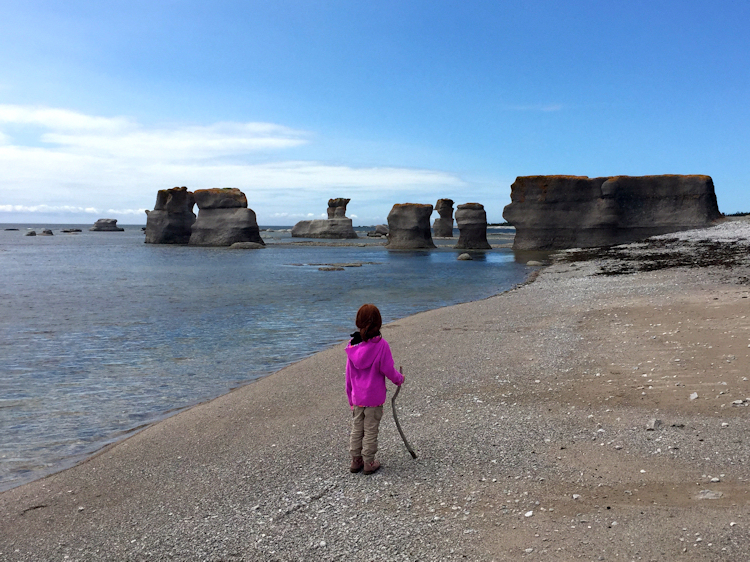 At first sight, Île Nue de Mingan (Bare Island), which is located in the western sector of the Mingan Archipelago, appears quite bare. However, you can observe stunted trees and low-growing vegetation in the fragile ecosystem of this tundra-like landscape called the barrens. Home to several rugged monoliths as well as the remains of 17th-century Basque ovens (which are closed to the public), Île Nue fascinates visitors with its unique features and contrasting colours.

Not surprisingly given its name, Quarry Island is very rocky, but nonetheless has many attractions. The Les Falaises trail took us into the boreal forest and through several bogs to see spectacular monoliths. The Les Cyprypèdes trail, which is 10 kilometres (6 miles) long, runs along the shore to the west. With my five-year-old daughter, I opted for the Petit Percé trail, a 4-kilometre (2-mile) hike along the shore where we admired impressive rocks and explored coastal ledges. Quarry Island is the most family-friendly of the islands in the Mingan Archipelago. You can also camp there; several Parks Canada oTENTik tents are available and overlook the bay. 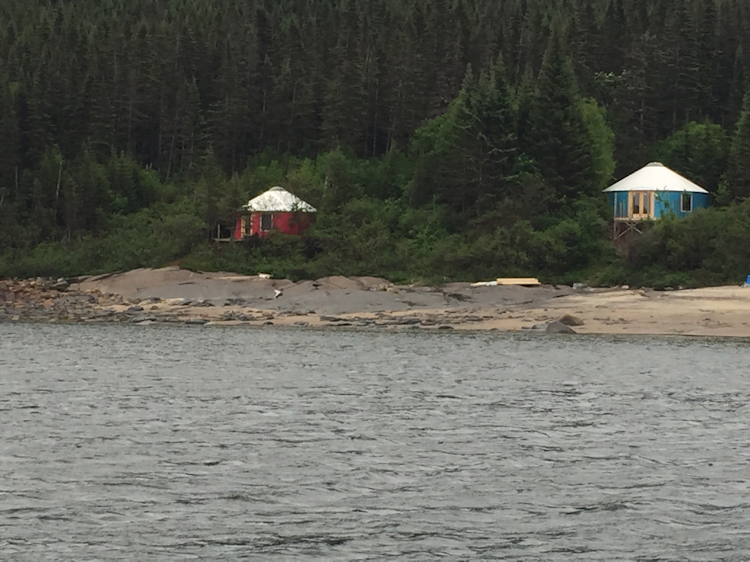 It’s hard not to fall under the spell of Grosse Boule Island, which is part of the Sept Îles Archipelago. It was given its name by Jacques Cartier because of its round shape (grosse boule means big ball). You will also be charmed by the island’s sole residents, Sandra Blais and André Gauthier, who are the friendly owners of the Purmer sea farm. The farm offers interpretive activities about aquafarming as well as three yurts where you can enjoy the tranquility of the island. In the middle of the night, I listened to the rain drumming on the roof of my yurt and the waves crashing on the nearby rocks. It was July 1, I was in Sept-Îles and as I lay there I remembered my five-year-old daughter’s pride and delight as she held a huge polar sea star in her small hands during an amazing interpretive activity about the marine environment on nearby Grande Basque Island. 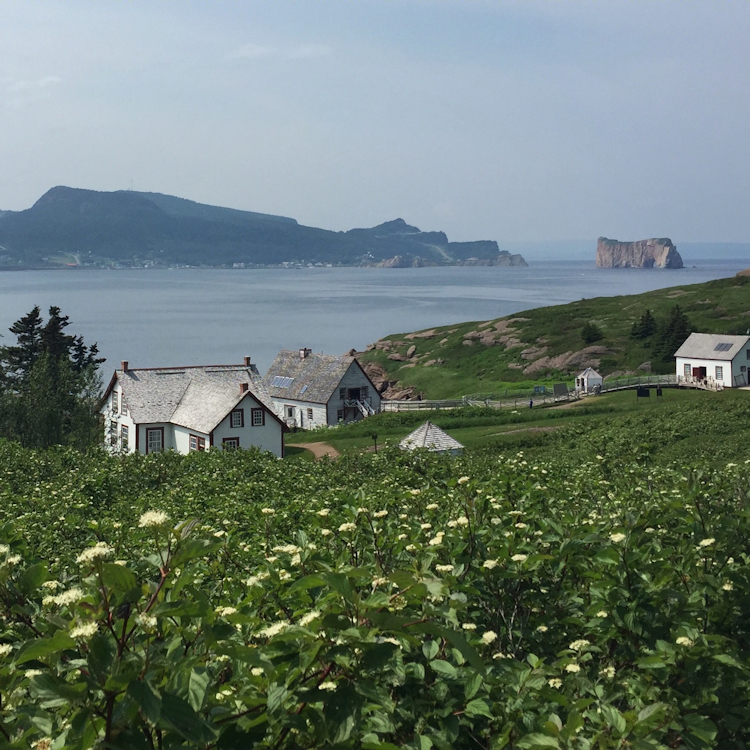 Don’t be put off by the hype surrounding Bonaventure Island and legendary Percé Rock: you won’t want to miss the opportunity to spend a few hours on the island. In addition to seal haul-outs and the thousands of birds nesting in the cliffs, Bonaventure Island is renowned for a unique attraction: its northern gannet colony. Five years ago, I boarded the Félix Leclerc I to visit the island. Unfortunately, the information I had been given was inaccurate and I found that the trails couldn’t accommodate my stroller. You can imagine my frustration at having to wait for the boat without being able to explore the island. Finally, this year, I was able to walk the (now well-laid-out) Les Colonies trail with my five-year-old daughter. Although the trail is flat, it takes about 45 minutes to get to the colony. The treasure hunt organized by Parks Québec is a fun activity for anyone who plans to visit the colony with young children.

Marie-Ève and Marie-Julie Gagnon leapt at the chance to make two trips to the maritime regions of Québec. First, accompanied by their daughters, they road-tripped through the regions of Côte-Nord, Gaspésie and Bas-Saint-Laurent, enjoying the breathtaking scenery during their many adventures. The two of them then headed to the Îles de la Madeleine, where they enjoyed the slower pace of the Islands and were charmed by the exotic beauty of this archipelago.