Five years ago, I road-tripped around the Gaspé Peninsula along the Bas-Saint-Laurent – Gaspésie Tour with my eight-month-old daughter, but missed out on visiting Forillon National Park. Between a night of camping in the Chic-Choc Mountains and a day of exploring the north side of the peninsula, I was blown away by the beauty of the landscape, but for whatever reason opted to spend the night in a campground in Gaspé. I was so disappointed when I got home and realized how close I’d been to Forillon National Park, where I could easily have stayed with my baby. Somehow, I’d missed one of the region’s top must-see attractions...!

As I discovered firsthand, it’s easy to drive around the Gaspé Peninsula on Route 132 and not realize that there are sights just off the road that are also worth seeing. In fact, Forillon National Park is full of breathtaking coastal landscapes, hiking trails and colonies of majestic seabirds nesting in the cliffs—but you have to actually go into the park to see them!

Stopping at Forillon is therefore a must and it’s worth it to spend at least a day or two exploring the nearly 250 km2 (95 sq. mi.) of land protected by this park. Jutting out into the sea, Forillon is home to natural attractions of all kinds, including spectacular mountain scenery, trails surrounded by wild flowers and boreal forest as well as marine mammals and seabirds. 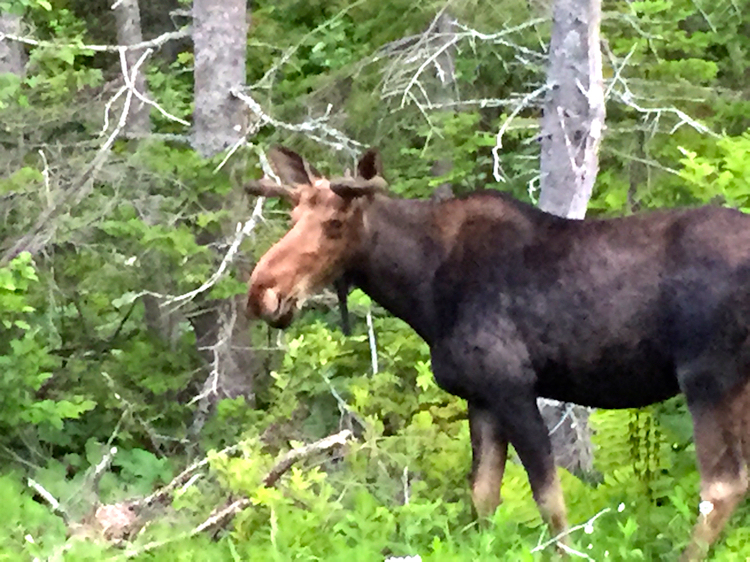 Located between sea and mountains, Québec’s first national park, created in 1970, will surprise and amaze you. In the space of just two days, we saw a huge grazing moose that seemed to be posing for photos, a baby black bear eating flowers along the side of the road and a very large (and hungry!) North American porcupine.

While in the park, be sure to take the time to stop in the Cap-des-Rosiers sector to visit the lighthouse. At 34 metres (112 feet) high, this sentinel of the sea built in 1854 dominates the landscape and is Canada’s tallest lighthouse. The government is currently investing $7 million to restore the natural dynamics of this area’s coastal ecosystem; as a result, a section of the road has been rerouted. 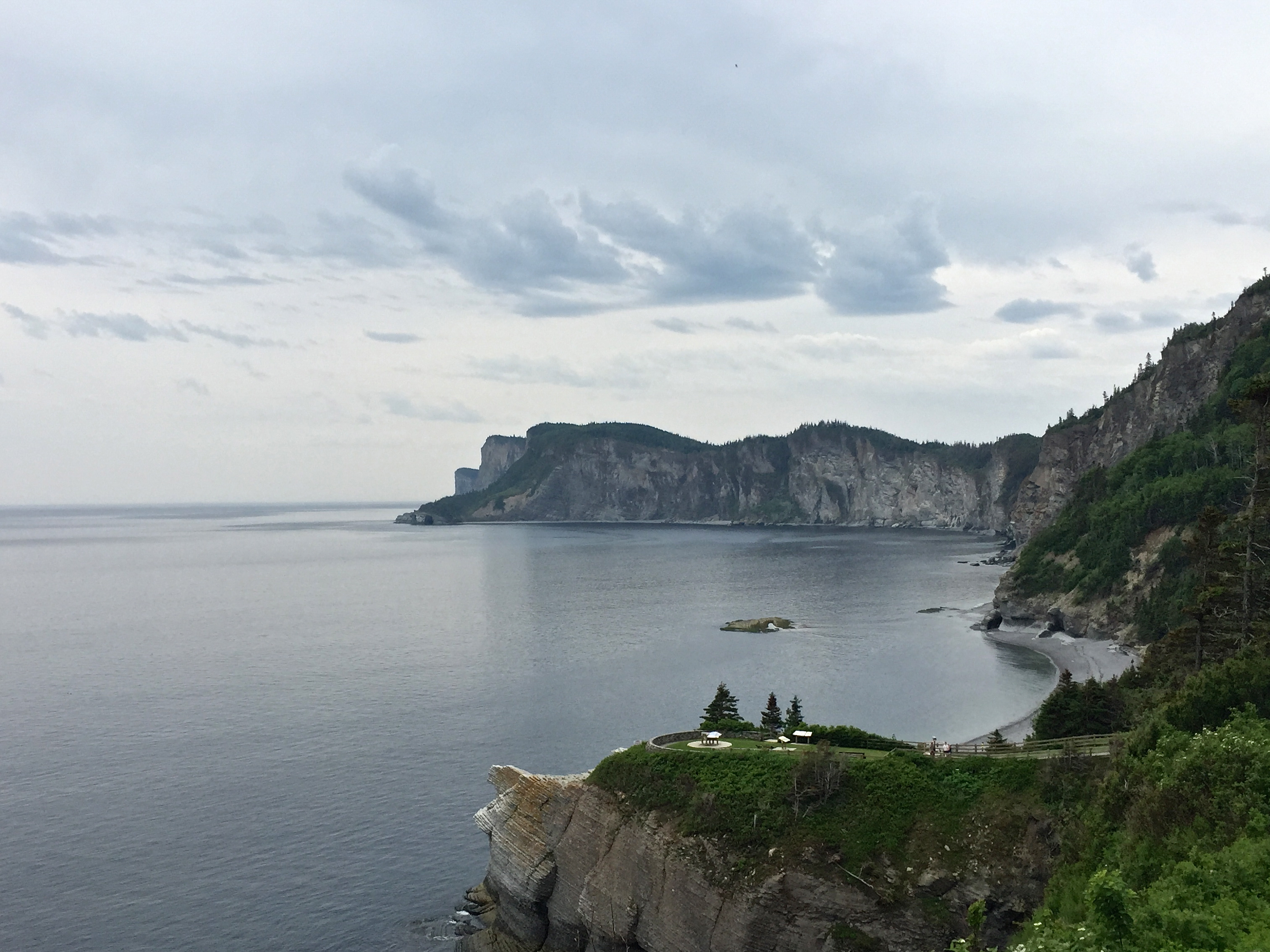 Beautiful Cap Bon-Ami is another must-see in the park—you will want to stay there forever! In addition to the 17,000 seabird nests that are found in the cliffs of the cape, seal haul-outs can be observed in the distance as well as whales, on occasion.

Every year in August, the world music festival, Festival Musique du Bout du Monde, presents a sunrise concert at Cap Bon-Ami featuring a well-known performer. Émilie Devoe, a Parks Canada spokesperson, recalled the Jorane show a couple of years ago, her eyes sparkling as she talked about it. Imagine listening to Jorane play her cello as the sun rises in the background! (You can watch an excerpt of the concert here.)

In addition, Forillon National Park offers several activities to teach visitors about the area’s history. In the Anse-Blanchette sector, our daughters had the opportunity to dry cod during the Apprenti-pêcheur recherché activity (offered in French only), which they loved—we laughed our heads off with our guide, Mathieu, and his companions. You can also visit the exhibit, Gaspesians from Land’s End, in the Dolbel-Roberts House, to learn more about the people who once inhabited Forillon, including cod merchants, Aboriginals, fishers and whale hunters. Be sure to also stop in the Hymans & Sons General Store where you can observe the typical operations of a 19th-century company store along with the inventory that would have been distributed for credit to the fishermen at the start of the season.

Finally, we hiked along the coast all the way to Cap-Gaspé to officially reach Land’s End. Departing from Anse-aux-Amérindiens, the 4-km (2-mi.) Les Graves trail will take you to the eastern tip of the Gaspé Peninsula, just past the Cap Gaspé Lighthouse. This point was originally called Gespeg, which means “land’s end” in Mi’gmaq. (The names Gaspé and Gaspésie obviously derive from this word.) Be sure to stop at the various observation points along the way where you can admire the view and spouting whales. Once you arrive at the lighthouse, you can take another trail on the way back. The droppings we noticed as we walked reminded us that even on the edge of the sea we were still in the heart of the wilderness: black bears are regularly sighted in this area.

Over the last few centuries, profiles have been carved in the stratified rock at Cap-Gaspé. A rocky island that was once at the foot of this 95-metre (310-foot) cape was called “The Old Woman.” Although the island no longer exists, the marine area near Cap-Gaspé is still known by this name. Today, herring gulls, great black-backed gulls, double-crested cormorants, great cormorants and razorbills gather on the cliff of the cape. And in this enchanting setting, tourists and hikers take selfies, proud of having finally made it to the edge of the world…! 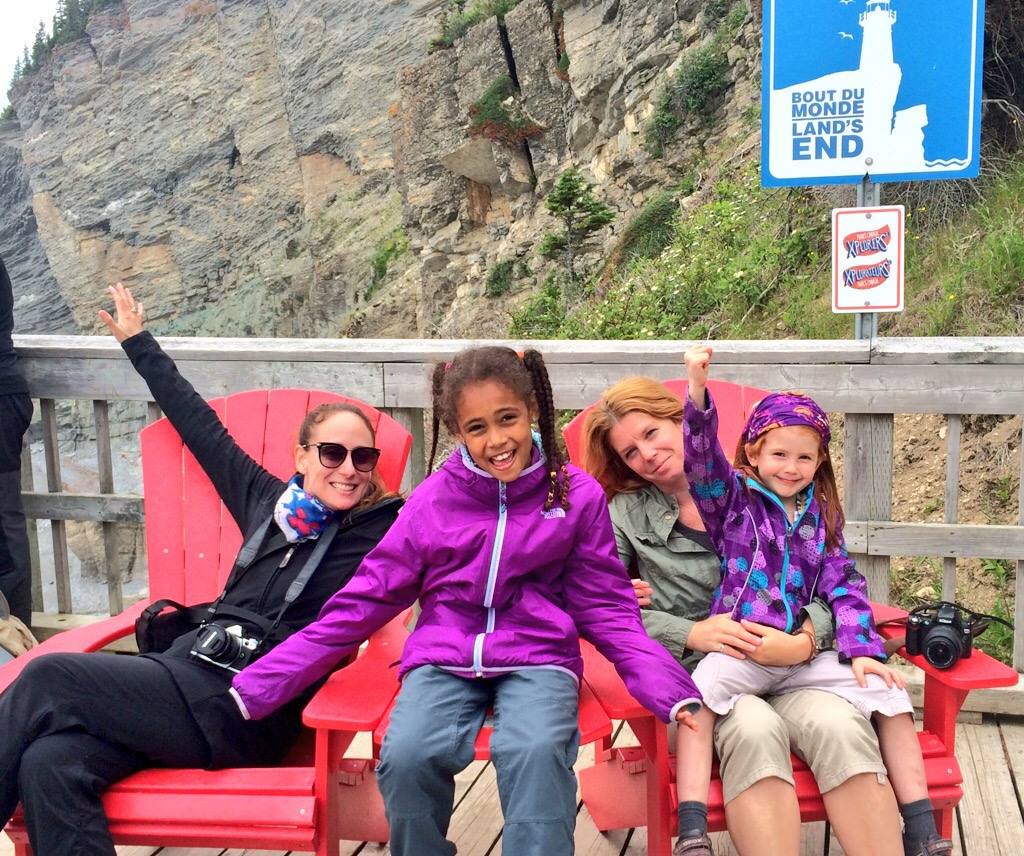