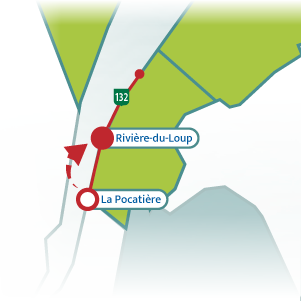 Visit the SEBKA site, a riverside park where you can hike the trail to various lookouts and observe seabirds, birds of prey and forest birds. Snow geese, Canada geese and ducks are commonly seen in this area. 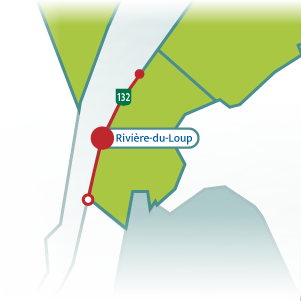 Over 150 seabird species have been identified in the St. Lawrence Estuary segment of the Saguenay–St. Lawrence Marine Park. You can observe them during a sea excursion with Croisières AML. 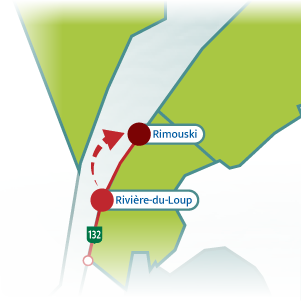 Located near the Cacouna Harbour, the Cacouna marsh offers nearly 4 km (2.5 mi.) of trails, two observation towers and a blind where you can observe several thousand seabirds. Some of the species you may see include snowy egrets, diving ducks, black-bellied plovers, short-billed dowitchers, teals, double-crested cormorants and even American white pelicans.

Located off Trois-Pistoles, Basques Island is a migratory bird sanctuary where you can observe about 230 bird species, including common eiders and great blue herons. The island can only be visited in the company of the island’s guardian, from the Trois-Pistoles wharf. 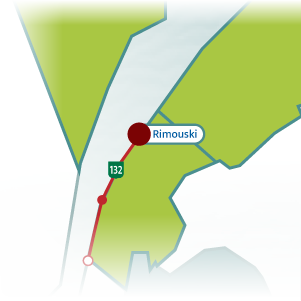 Every summer, bird watchers meet at the Raoul-Roy lookout in Parc national du Bic to observe thousands of birds of prey migrating north to their nesting sites. In addition, the park’s coves and bays are ideal for observing some 10,000 common eider couples and several other bird species.

Located along the Littoral trail west of the mouth of the Rimouski River, the Rimouski marsh is a staging and feeding area for several bird species, including American wigeons, green-winged teals, great blue herons, snow geese, savannah sparrows and Nelson’s sparrows (a species at risk). A few species of birds of prey, including the peregrine falcon and sharp-shinned hawk, have also been sighted here.

The Réserve faunique de Rimouski extends from a few kilometres southeast of Rimouski all the way to New Brunswick. Some of the species that can be observed within its borders are bald eagles, osprey, ruffed grouse and spruce grouse.