From birdlife along our rugged coastlines to massive mammals inhabiting our dense forests, you’re very likely to see some of the best ambassadors of the maritime regions of Québec during your visit. Here’s some information about specific species you might see, sometimes with a bit of luck, in our 10 national parks. 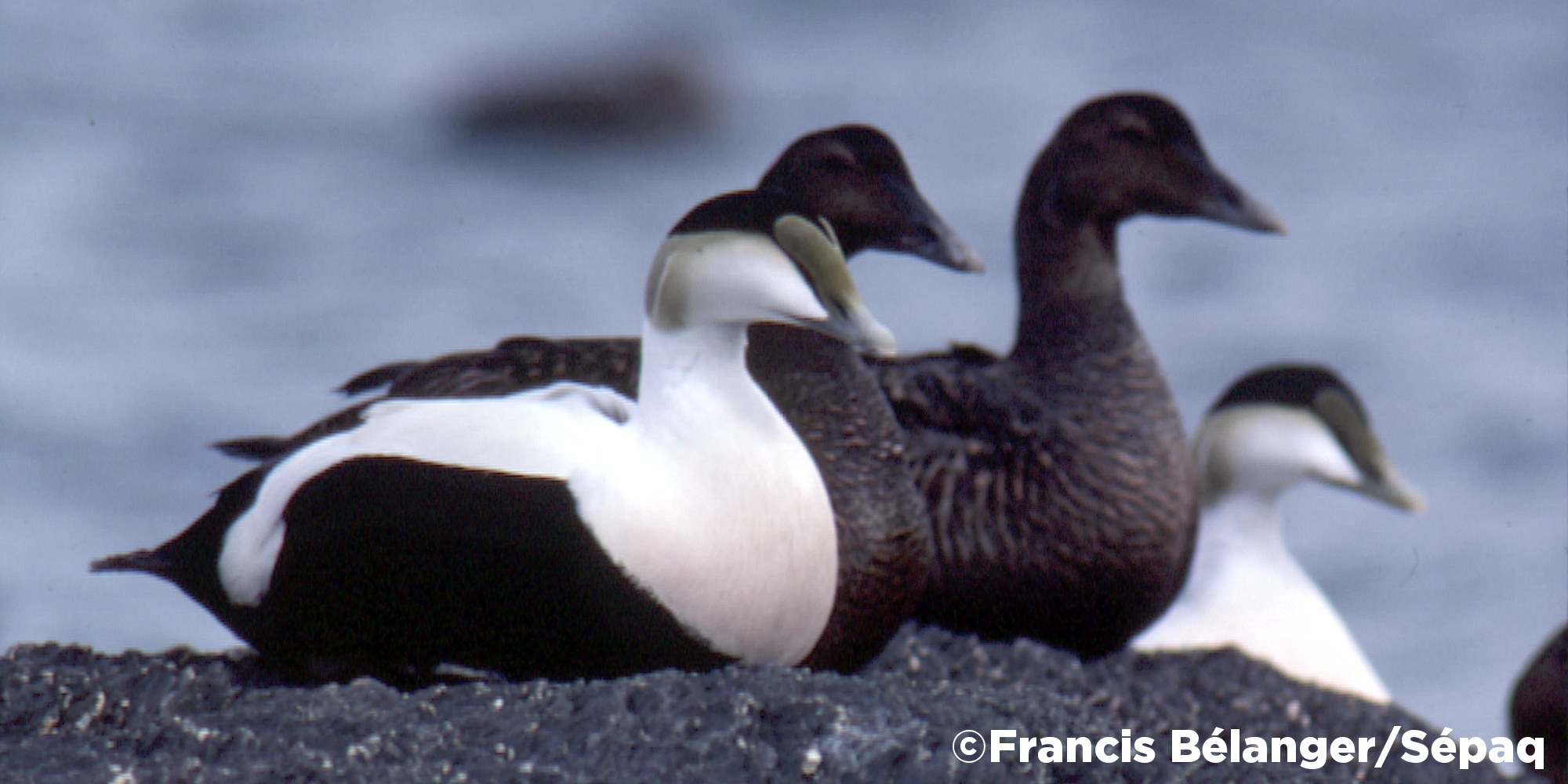 With so many coves, cliffs and islands, Parc national du Bic is the perfect habitat for many seabird species, including common eiders. The largest ducks in the northern hemisphere, these birds are known for their high-quality down, which is used to make duvets (also known as eiderdowns). Keep an eye on the open sea when you’re walking along the shoreline: you might spot a flock of eiders flying in the sky or just above the water or catch a glimpse of a single individual swimming on the surface, ready to dive in to catch a fish. Watch them with a naturalist guide who will tell you all about this species. 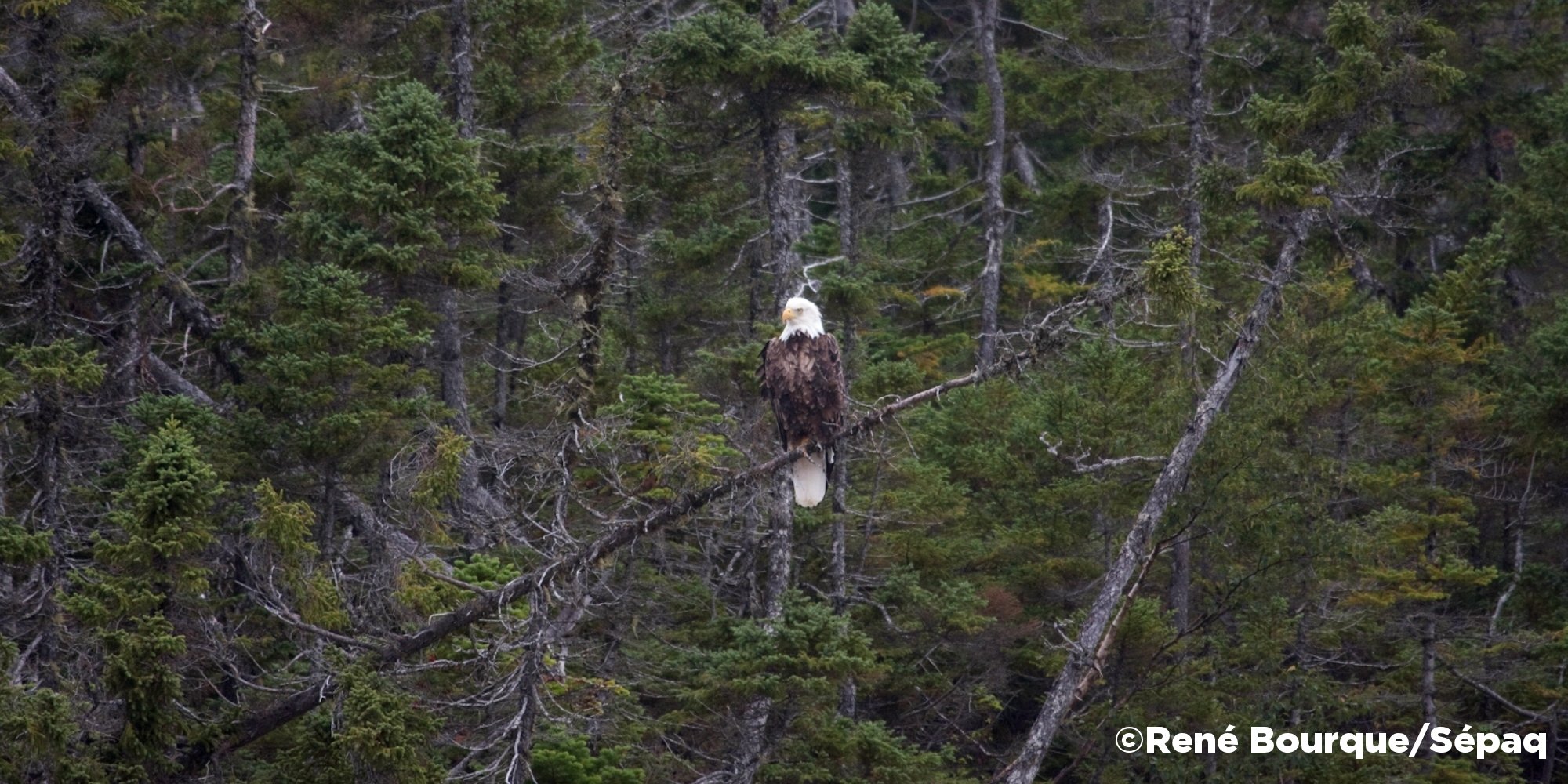 Home to several lakes, Parc national du Lac-Témiscouata offers the perfect environment for bald eagles, Canada’s largest bird of prey. Adult individuals are easy to identify with their brown plumage, white heads and yellow hooked beaks. You might spot one gliding high up in the sky, spreading out its long and wide wings spanning up to 2 metres (6 feet), or scanning the horizon perched at the top the highest trees. During your breaks on hiking trails or while relaxing at your wilderness campsite at twilight, listen carefully; you might hear their squeaky screams.

Originally found throughout the boreal forest in North America, caribou are still present in Parc national de la Gaspésie, which is home to the only herd found south of the St. Lawrence. Individuals are concentrated in the mature boreal forest at higher elevations and in the alpine tundra on the park’s highest summits, including Mt. Jacques-Cartier, Mt. Albert and Mt. Richardson. Don’t forget your binoculars! 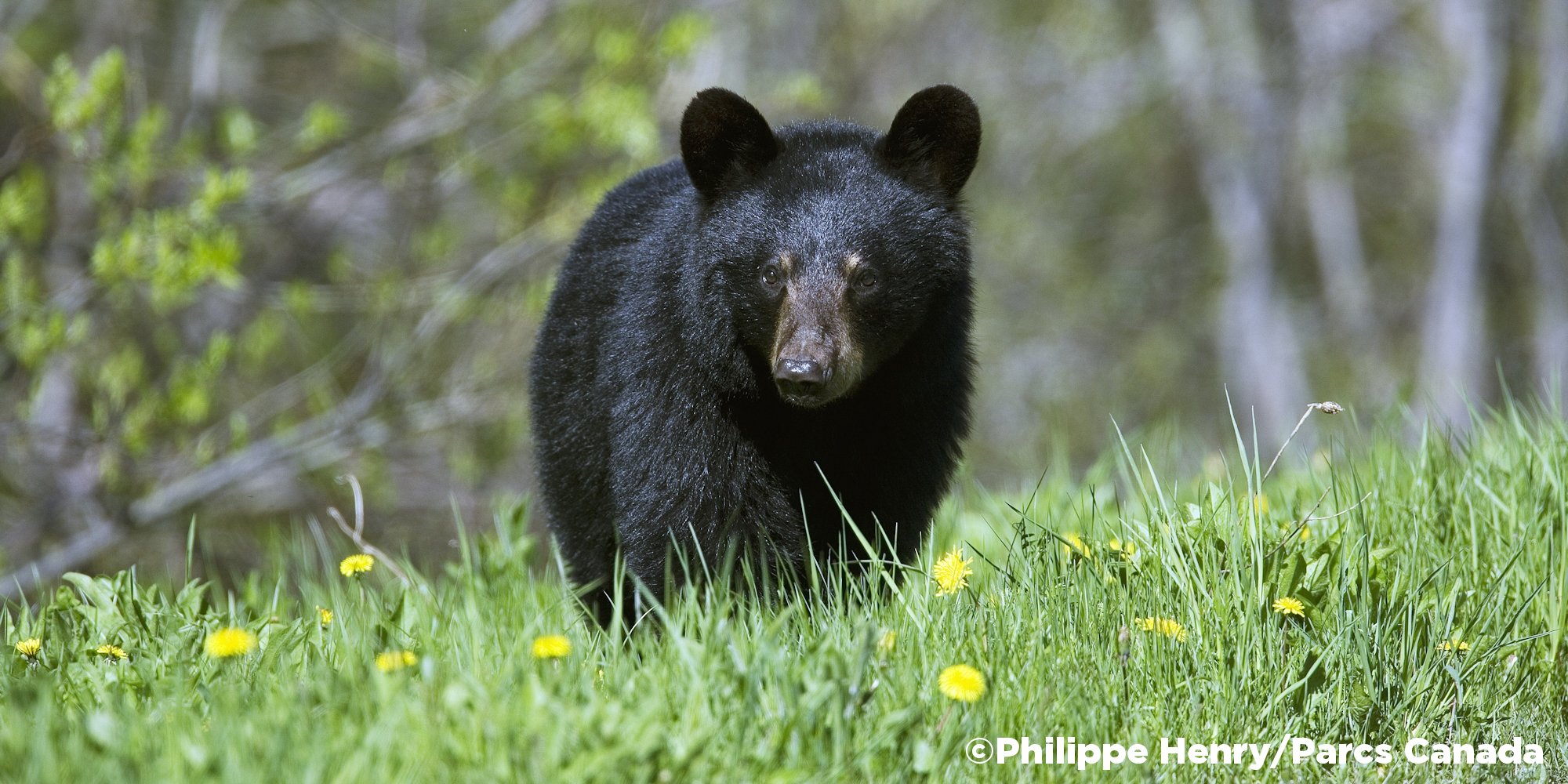 One of the many mammals found in Forillon National Park, black bears strike most people’s imaginations. Quiet and very smart, they may seem heavy and clumsy because of their massive size, but they are surprisingly fast. Their diet is made up of berries, insects, fish and animal carcasses. Even though these bears generally try to avoid contact with humans, they can be attracted by human food. When camping, be sure to store your food in your vehicle to reduce any risk of undesirable visitors showing up at your campsite! 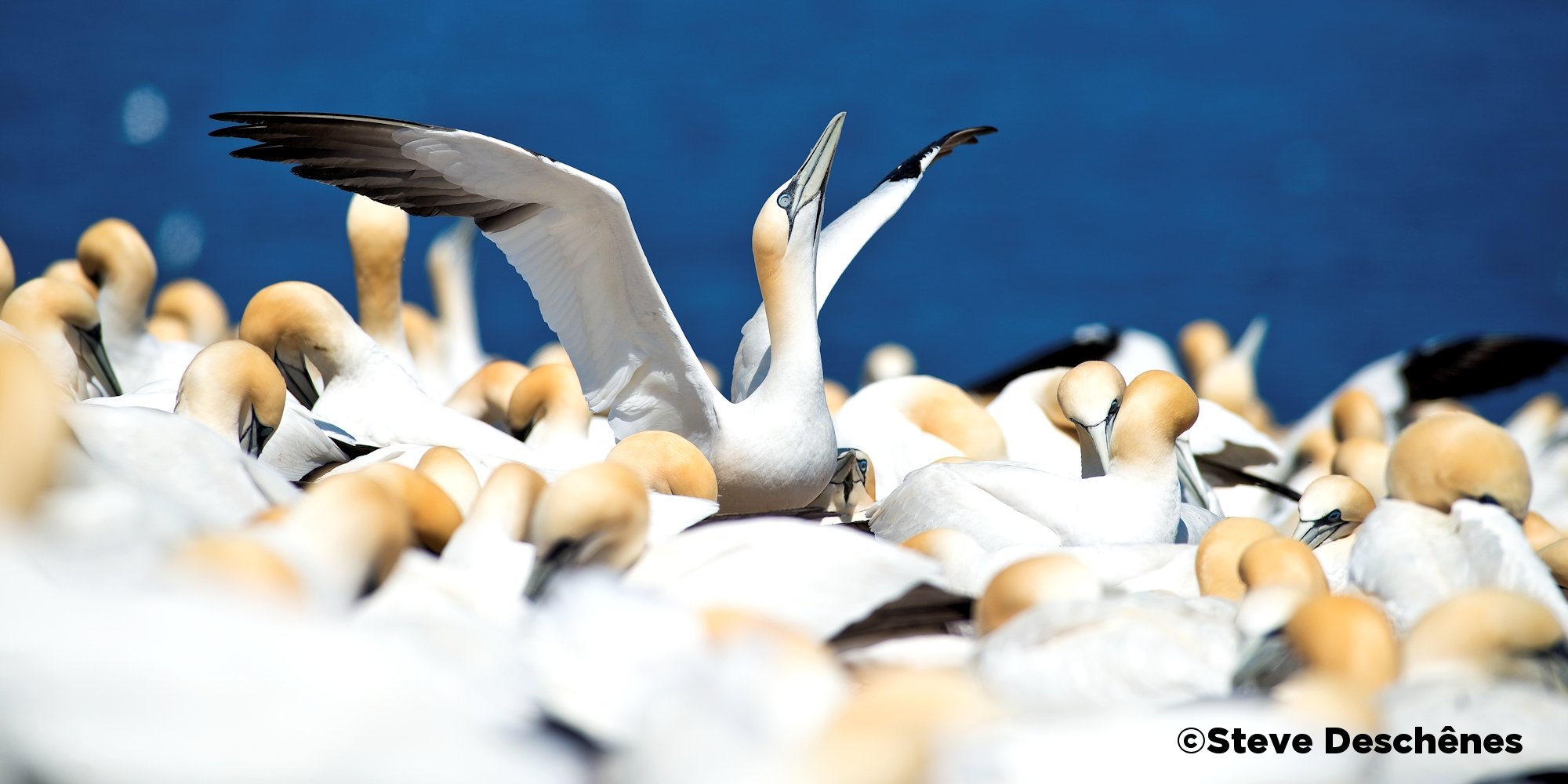 One of the largest migratory bird sanctuaries in North America, Bonaventure Island is home to the most accessible northern gannet colony in the world during the summer months. Come watch these beautiful birds from the sea or right on the island where naturalist guides can answer all your questions. You’re likely to see several individuals engage in courtship rituals during which a male and a female rub their beaks together, stretching their necks and spreading their wings. Spectacular sights awaits you in this park! 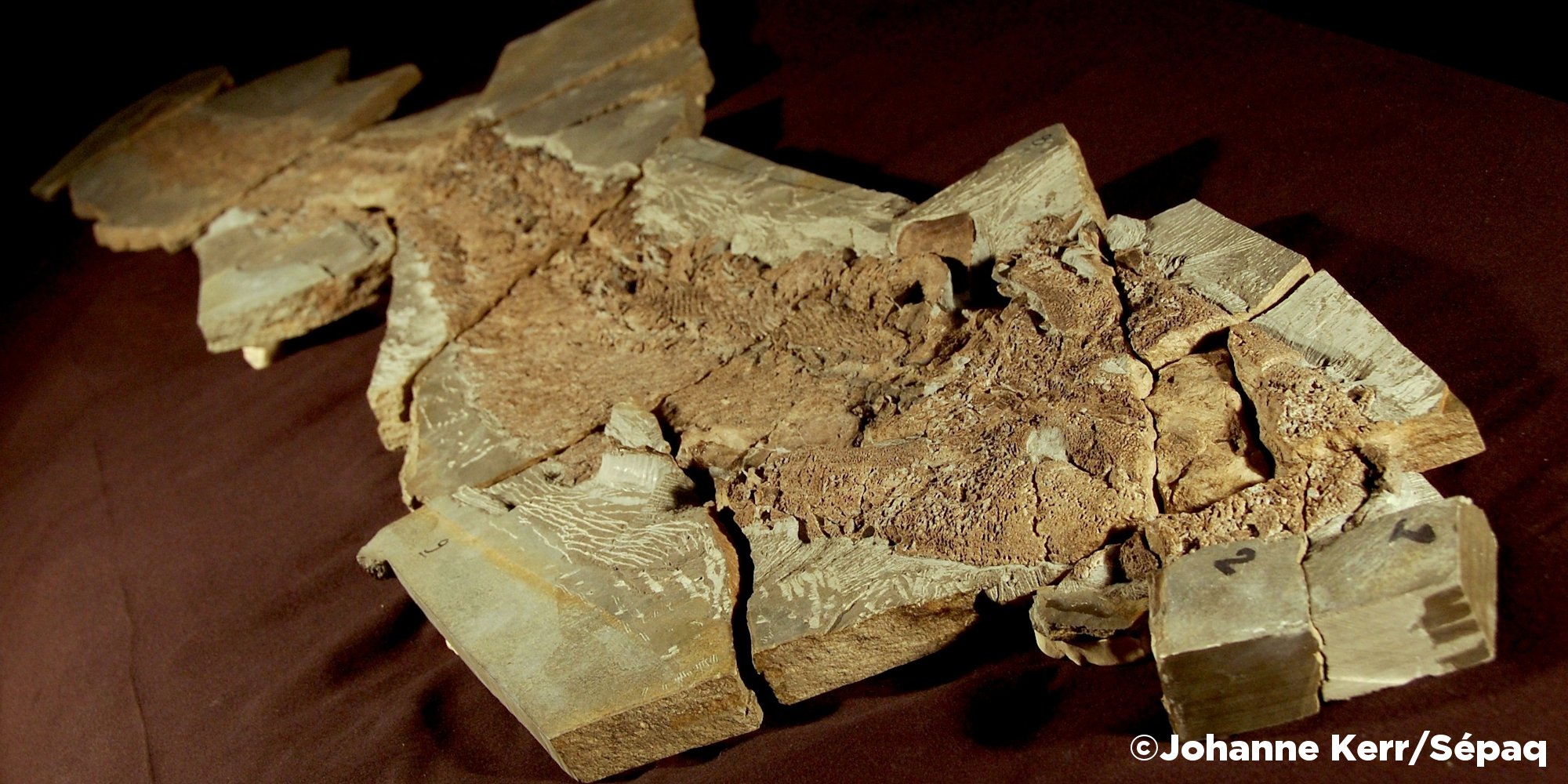 Have you ever seen an Elpistostege watsoni? It’s very unlikely if you’ve never been to Parc national de Miguasha, a site that is world renowned for its exceptionally well-preserved fossils. Elpistostege watsoni is actually a fish fossil and the park can pride itself on having the only complete specimen ever found in the world. It’s the subject of scientific studies to better understand the evolution of tetrapods (vertebrates with legs) as well as the aquatic origins of humans. Don’t miss the exhibition dedicated to this fossil. 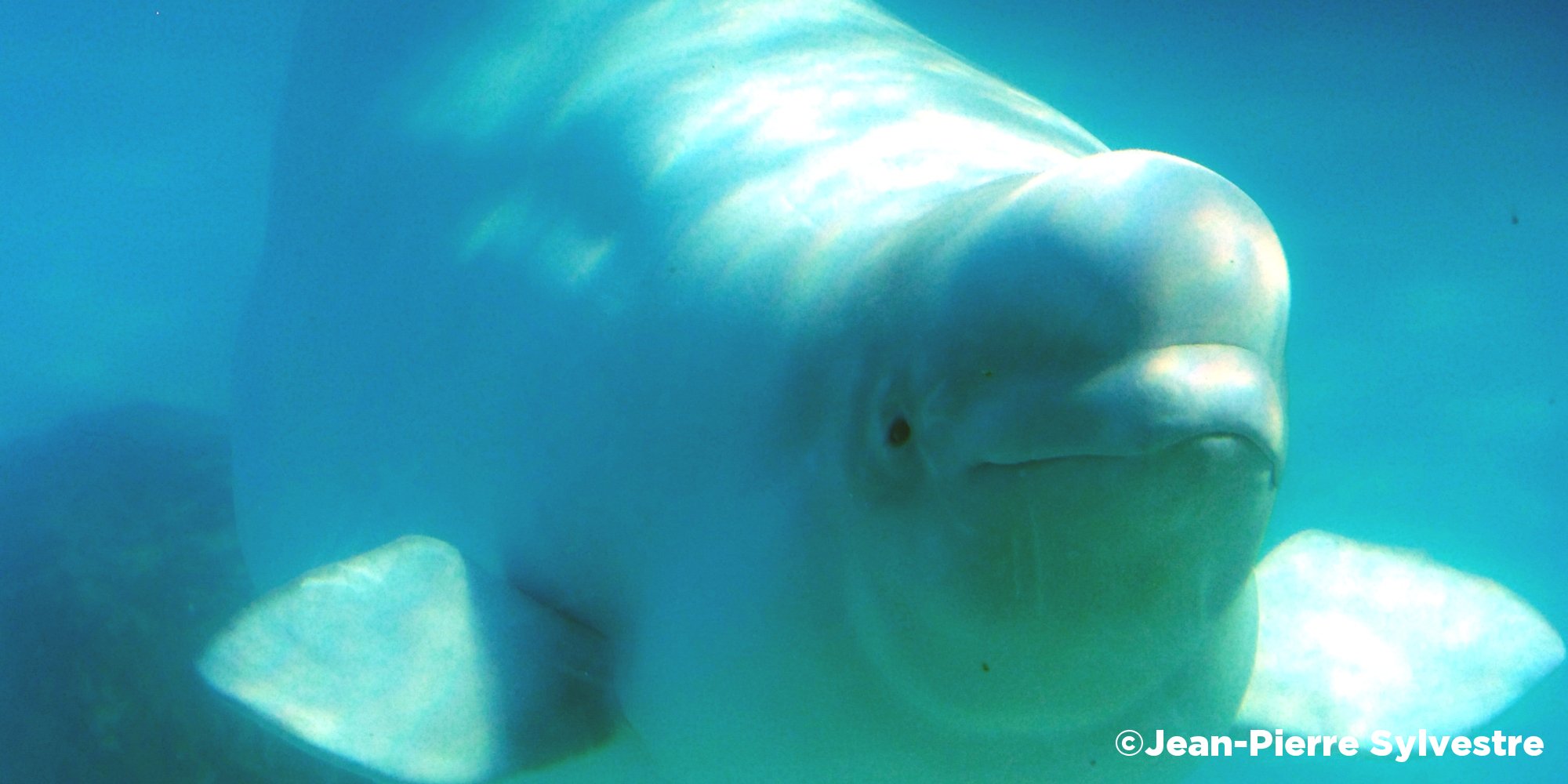 The breathtaking Saguenay Fjord is home to a population of belugas, likely the southernmost in the world. It’s estimated that some 50 individuals from this endangered species visit the area, enjoying the abundant food sources and the higher water temperatures. Groups of this easy-to-spot marine mammal (because of its distinctive white colour) show up on an almost daily basis in Sainte-Marguerite Bay. Watch their exceptional behaviour and listen to their wide range of vocalizations! A lookout has been set up to provide visitors with a more comfortable whale-watching experience. Don’t miss it! 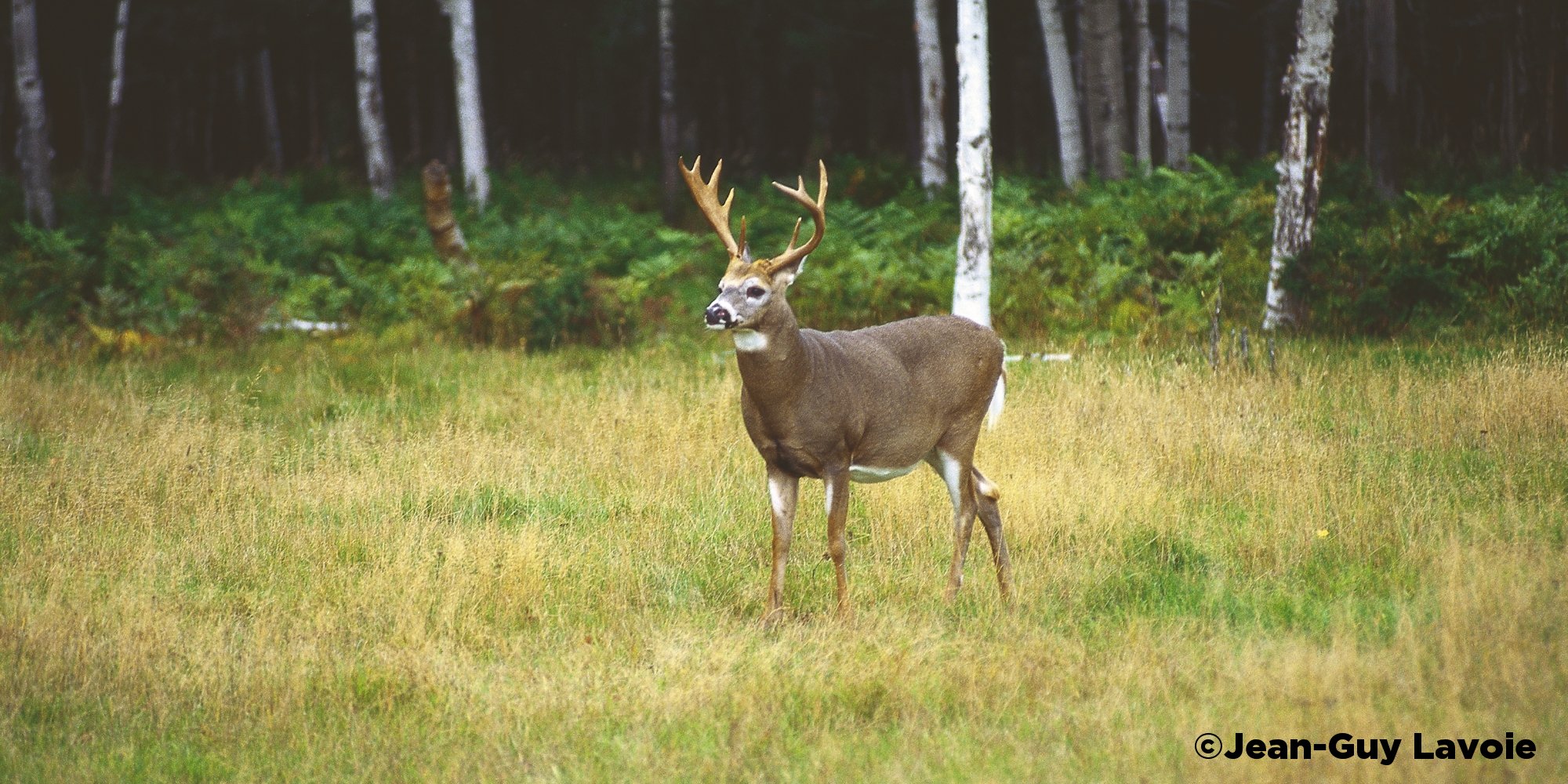 In the enchanting landscape of Anticosti Island, white-tailed deer are ubiquitous. Some 220 deer were introduced to the island in the late 19th century, which led to a current population of over 115,000! The exponential growth of the deer population is mostly due to the absence of predators. It’s almost guaranteed that you’ll see some when you visit the island. Unfortunately, however, these relentless grazers have a major impact on the environment, so much so that enclosed spaces, called “exclosures,” where the presence of deer is controlled, have been set up to help restore local flora. 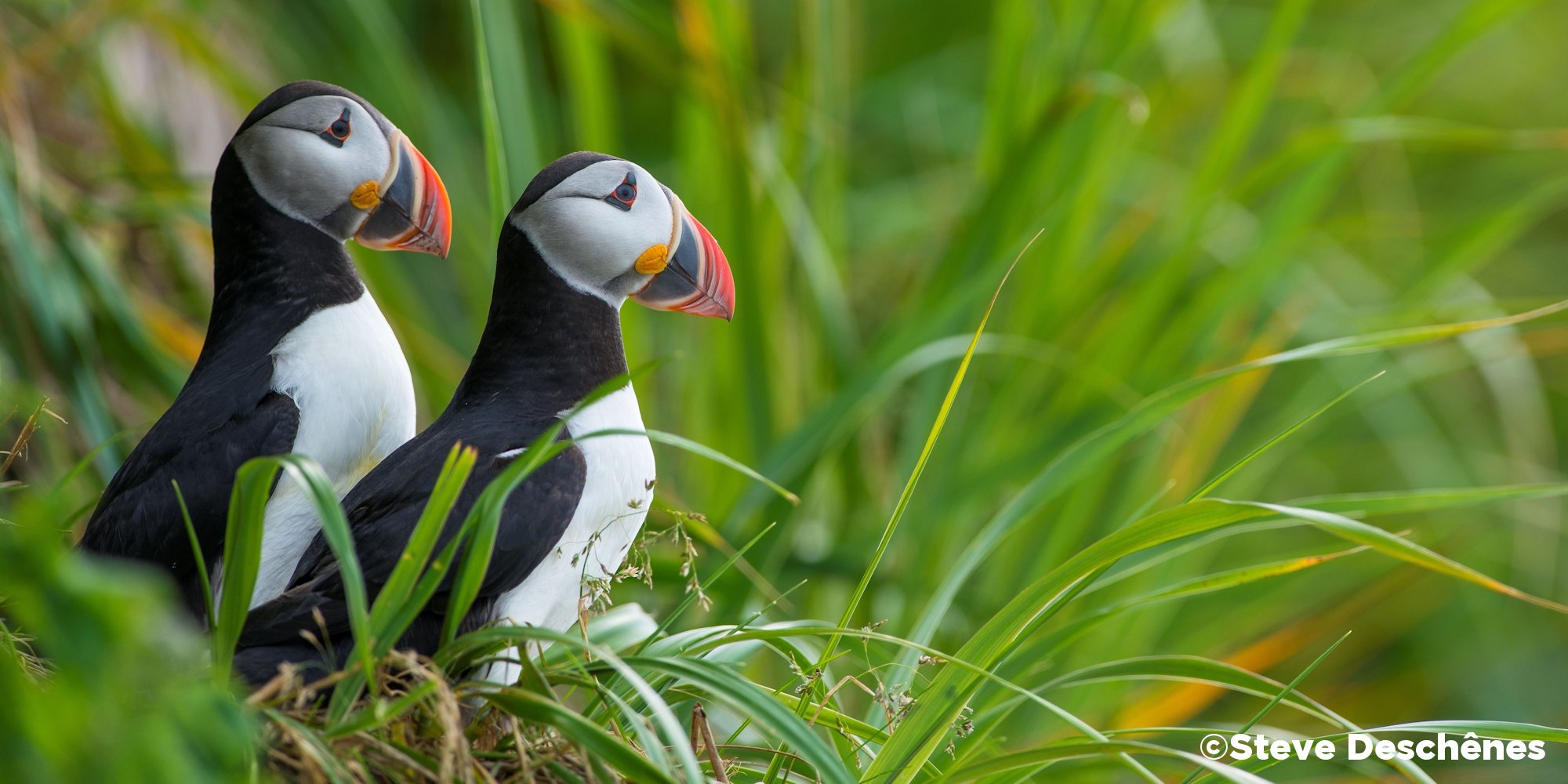 Unusual, spectacular, out-of-this-world... these are some of the words commonly used to describe the Mingan Archipelago. But they also apply to one of the park reserve’s most popular ambassadors: Atlantic puffins, which come to the archipelago during their breeding season. A member of the penguin family but hardly any bigger than a pigeon, these birds are a favourite with bird watchers because of their multicoloured beaks, the thin red circles around their eyes and their clumsy gait, which give them a comical and endearing look. 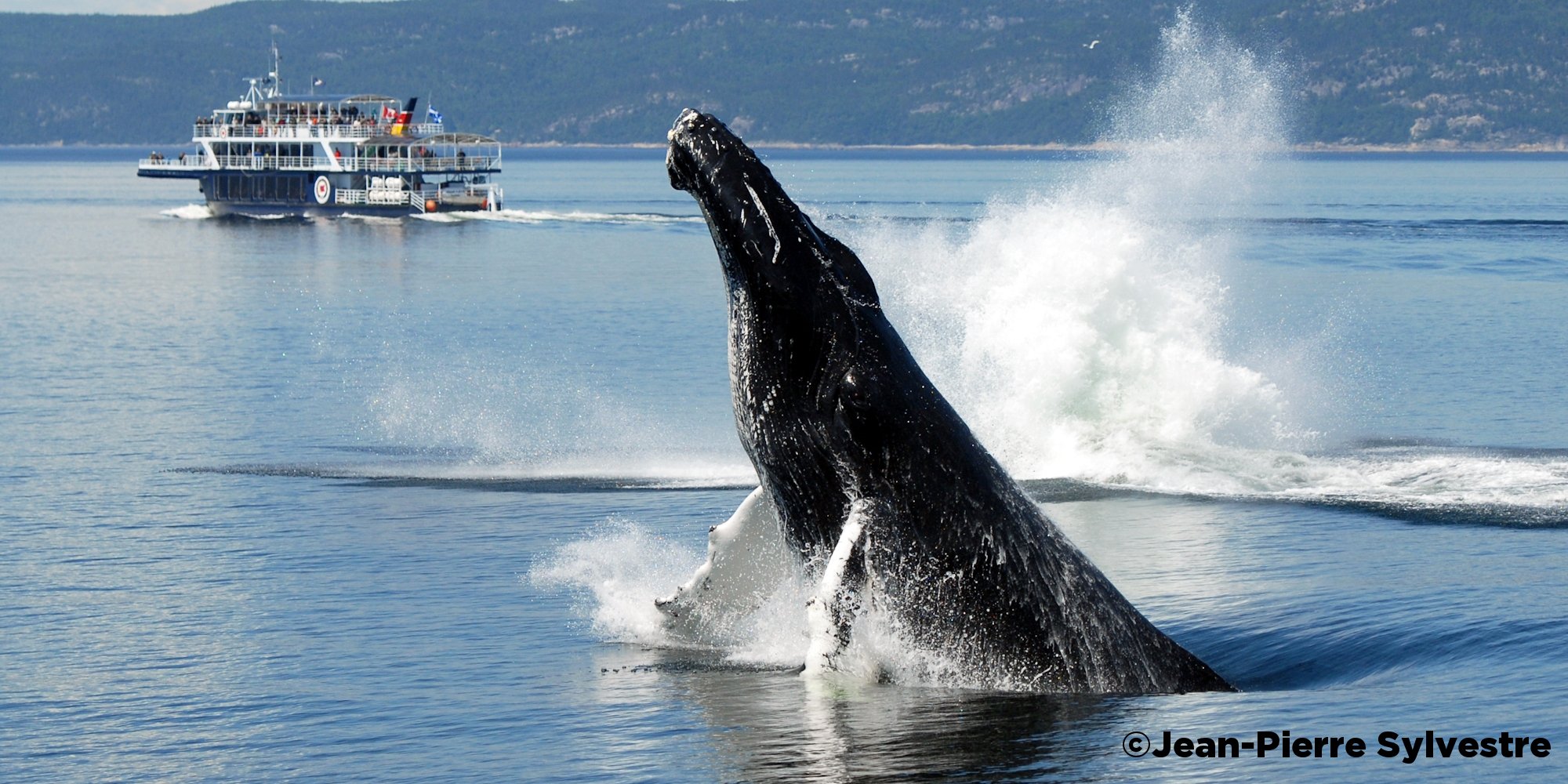 Covering an area of about 1250 km2 (480 sq. mi.) including a vast section of the Saguenay Fjord and the St. Lawrence Estuary, the marine park is one of the best locations in the world to watch whales. Porpoises, minke whales, humpbacks and blue whales (an endangered species) visit these waters rich in fish and krill, their main source of food. It’s possible, of course, to watch these impressive cetaceans during a sea excursion with a member of the Eco-Whale Alliance (cruise providers that offer environmentally responsible whale-watching activities), but you can also observe whales from the shore at several locations, including interpretation centres where you’ll find detailed information about the various species found in the area. 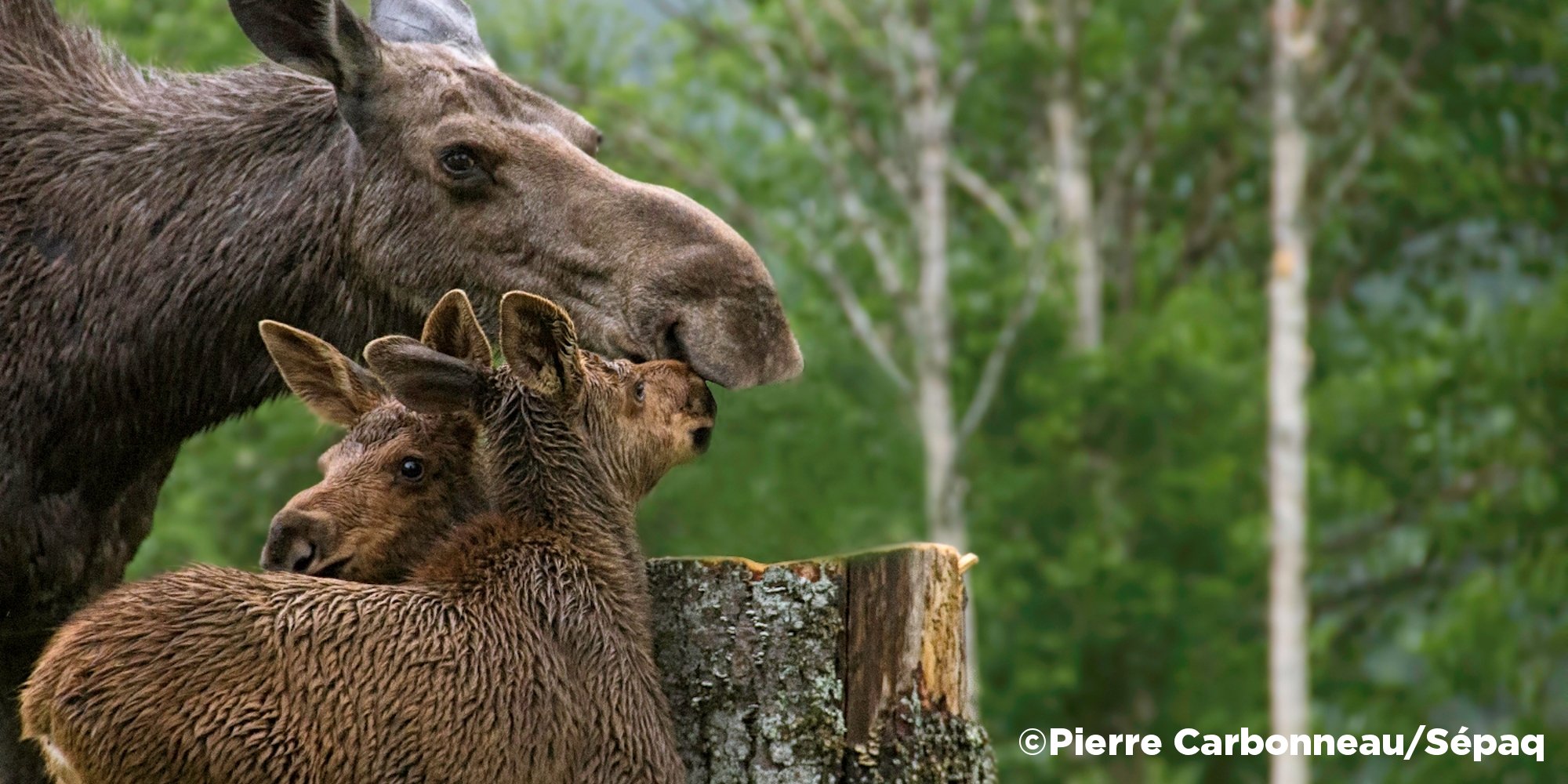 A classic symbol of the Canadian woods, moose are plentiful in Gaspésie, especially in the Réserve faunique de Matane. These solitary and quiet animals are remarkably discreet considering their impressive size. Moose are mostly active at dawn and dusk. Your odds of spotting one therefore increase at those times of the day, especially near shallow lakes, marshes or mudflats.

Nature has so many surprises in store for you in the national parks in the maritime regions of Québec. Plan your stay today to discover them all!